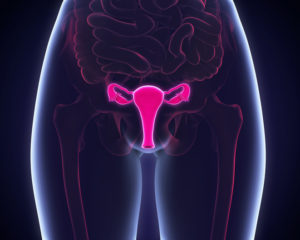 1 in 80 women will develop ovarian cancer during their lifetime. This is the fifth-ranked cancer-related death among women.

The existing therapies used for stage 4 metastatic ovarian cancer are not curative, and this is a source of the need for innovative and effective treatment strategies in order to fight the disease.

The National Cancer Institute, NCI, highlights the fact that for a certain group of ovarian cancer patients, the best treatment option is to join one of the many clinical trials existing worldwide aiming to increase their chances of therapeutic success.

Ovarian cancer is diagnosed after taking a biopsy or removing cells from the infected tissue during surgery and the diagnosis is done in the laboratory.

There are different types of ovarian cancer and these are classified according to the ovarian cells from which they develop:

Its origin is the epithelial cells coating the ovary. It is the most common ovarian cancer, about 90% of cases. Fallopian Tube Cancer and Primary Peritoneal Cancer are also types of epithelial ovarian cancer.

Starts from the reproductive cells of the ovaries and is rare.
Four major types of germ-cell ovarian cancer:

Other types in this group are very rare, such as:

Arises from connective tissue cells and is very rare.
The most common types in this group are:

Is an extremely rare ovarian cancer and it is not certain whether the cells in SCCO are formed from.
Two types in this group:

Not every ovarian tumor is necessarily cancerous.

Stage 4 metastatic ovarian cancer is a cancer that started in the ovarian and its cells have spread to other body organs, distant from the ovarian, and created new lesions. These lesions are called “metastases” and are made of ovarian cancer cells.

Ovarian cancer metastases may appear in the bones, liver, lungs and brain. The formation of metastases constitutes a threat on life.

The goal of treating local ovarian cancer, not metastatic, is to remove and eradicate the tumor completely.

The surgery’s goal is to remove the tumor in its entirety without harming the ovarian or its function.

At present, multiple innovative surgeries are offered to patients, which allow reduction of the health and cosmetic damages caused to the ovarian. It is considered a success when a tumor is removed in full, however, not all surgeries are necessarily so. At times the tumor is branched and can only be partially removed.

In patients with genetic disposition there are cases where both ovaries are removed in order to prevent a recurrence of the disease, for example patients who are BRCA gene carriers.

This treatment seeks to cure and prevent the appearance of metastases or recurrence of the tumor.
Ovarian cancer, when metastasized is categorized as stage 4, is considered inoperable.

The role of these drugs is to block the estrogen receptor, anti-hormonal, anti-estrogen drugs.

Drugs which prevent the ovaries from producing estrogen hormones and are given as an injection every 1-3 months and possible side effects are hot flushes and vaginal dryness.

Anti – angiogenesis agent is a biological antibody which harms the cancerous tumor capability to induce blood vessels growth around it from the environment where it is located, to nourish it so it continues to grow and proliferate. In this way the tumor is “starved” to death.

Targeted therapies (by mutation or a protein)

PARP  inhibitors for BRCA1,2 gene mutation – An example of a common mutation in ovarian cancer and a drug that acts to fight it

2. The National Cancer Institute, NCI, highlights the fact that for a certain group of ovarian cancer patients, the best treatment option is to join one of the many clinical trials existing worldwide aiming to increase their chances of therapeutic success. This is also recommended by the NCCN – (USA national comprehensive cancer network)

3. Currently, every patient will be offered the standard protocols described above. Sometimes the oncologist may suggest integrating these therapies with trials carried out in the institute. 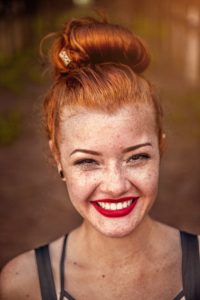 New hope for ovarian cancer patients – regardless of BRCA status 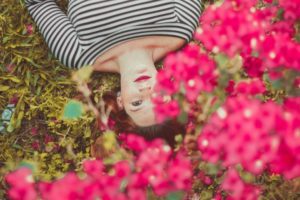